The organizations reporting the large breaches illustrate, once again, the diversity of healthcare sector entities getting hit by hacking incidents, ranging from ransomware attacks to other unauthorized data access compromises. The entities recently reporting the incidents include:

SuperCare, a California-based provider of post-acute, in-home respiratory care in the western U.S., on March 28 reported to the Department of Health and Human Services’ Office for Civil Rights a network server hacking incident affecting nearly 318,400 individuals.

In its breach notification statement, SuperCare says that on July 27, 2021, it discovered unauthorized activity on its systems. The forensic investigation revealed that an unknown party had access to certain systems on its network from July 23 through July 27, 2021.

On Feb. 4, 2022, SuperCare determined that the potentially affected files contained some information relating to certain patients. In some cases, that information included Social Security numbers. SuperCare did not immediately respond to Information Security Media Group’s request for additional details about the incident.

Upon learning of the incident, CSI says it immediately took steps to isolate and secure its systems. As part of the investigation, on Feb. 25, CSI determined that an unauthorized intruder had acquired certain files from its systems, including documents that may have contained patient information.

Media site Databreaches.net reports that the CSI incident involved the Conti ransomware group, and that Conti threat actors had added CSI to the gang’s dedicated data leak site. CSI did not immediately respond to ISMG’s request for comment on the incident.

The Clinic of North Texas Attack

The Clinic of North Texas, a Texas-based multispecialty clinic, reported to HHS OCR on March 18 a hacking/IT incident involving a network server that affected nearly 244,200 individuals.

In its breach notification statement, the clinic says that on or about Nov. 9, 2021, it discovered that it had been the victim of a cyberattack involving potential unauthorized access to patient information stored on its systems.

Taylor Regional Hospital, a 90-bed hospital in Kentucky, on March 21 reported to HHS OCR a hacking incident discovered on Jan. 20 involving a network server and affecting more than 190,200 individuals.

The incident disrupted TRH’s phone lines and IT systems for weeks. As of Friday, TRH’s voice mail system appeared to still be affected by the incident. TRH did not immediately respond to ISMG’s request for additional information about its security incident.

CDHD reported the incident on March 25 to the Washington state’s attorney general as only affecting about 109,000 individuals. 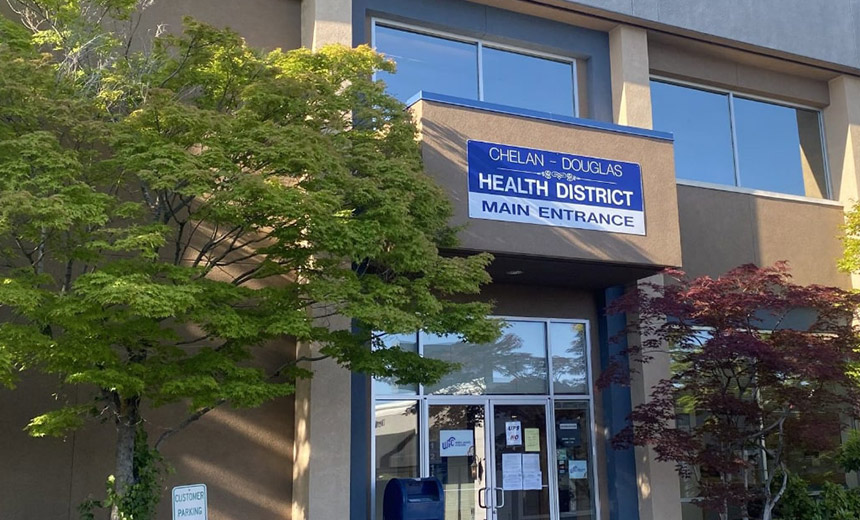 Regarding the discrepancy in the number of individuals affected reported to federal and state regulators, an attorney representing CDHD says it provided written notification of the incident to all those affected for whom it had a last known home address, some of whom live outside the state of Washington.

“Since notifying the affected residents, the district has remained on standby to respond to any inquiries concerning the incident and steps the affected individuals may take to safeguard their personal and protected health information,” he says.

CDHD says in its breach notification statement that the incident involved unauthorized access to its network between July 2 and July 4, 2021. Based on an investigation and document review into the incident, CDHD says it discovered on Feb. 12 that certain identifiable personal information had been “removed” from its network (see: 2 Latest Data Hacks Affect Over 200,000).

These five data breaches are the latest examples of major hacking incidents targeting a varied range of healthcare entities, highlighting the persistent and advancing threats facing the overall sector, some experts say.

“There is a war in progress, and that is part of the context,” says Michael Hamilton, CISO at security firm Critical Insight and former CISO of the city of Seattle.

“It’s been reported that ransomware events have increased in frequency since the start of the war in Ukraine, and this may be an all-hands effort by Russia to counter whatever losses they can from the economic sanctions by extorting US companies,” he says.

Hamilton also says cybercriminals seeking to monetize stolen records sometimes try to reuse the information later to “remonetize” it, perhaps for identity theft and fraud crimes, such as during tax return season.

“The days of assuming that security is only the job of the IT department are over. Organizations need to implement a robust cybersecurity program that begins with setting the tone from the top and adopting a culture of security,” says Blaise Wabo, healthcare and financial services knowledge leader at cybersecurity and compliance services firm A-LIGN.

“Business objectives need to be defined with governance and security compliance in mind for every single department. A security officer and privacy officer need to be appointed along with a security committee which comprises stakeholders from all departments across the organization, and an organizational-level risk assessment needs to be performed,” Wabo says.

Fri Apr 22 , 2022
For thriving automation, it is critical to know what worries you may experience and have an idea of how to prevail over them. This web site report will converse about six problems that all e mail automation pros come across and how to solve them. What Should really You Involve […]